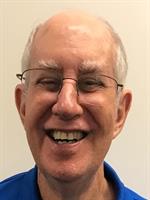 UCMR4 - Is There Anything Exciting in the Results

UCMR4 monitoring began in 2016 and we now have more than 2 full years worth of public monitoring data. Unlike UCMR3, which had a high frequency of detections (and of course included PFAS compounds), UCMR4 is unlikely to cause significant regulatory waves overall. At the beginning of the program we expected to see inorganics such as manganese being a major potential area of concern, and there was a lot of interest in algal toxin results. No one expected much in terms of the trace organics occurrences.

Now that we have two years worth of data, it appears that algal toxins in finished drinking water are largely a non issue (but some interesting findings with respect to anatoxin-a). None of the trace organics appear to be present at frequencies or levels that merit health concerns, but many are showing up with greater frequency than might have been thought, most likely due to the low reporting limits in UCMR4 compared to UCMR2 (2008-11), when trace organics hits were very sporadic. This was attributed in part to the fact that reporting limits at the time were not low enough.

Two areas of interest for UCMR4 are indeed the manganese, which is occurring frequently, sometimes at levels above the secondary MCL for manganese, and the brominated haloacetic acids, which were expected to be frequent.

Because UCMR4 also included source waters, there are data available for both bromide and TOC. These can be compared to results from the Information Collection Rule (ICR) sampling performed more than 20 years ago (1997) to see how patterns of occurrence may have changed.

This presentation will review the occurrence data and compare it to past data sets, including the ICR for source water Br and TOC, and the small system monitoring in UCMR3, which included manganese and germanium, both also part of UCMR4 for both large and small systems.