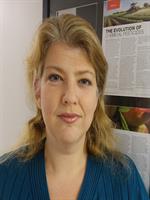 Transitioning Arsenic Speciation Analysis from the Inorganic to the Organic Laboratory: Novel Methods for Separation of Inorganic and Organic Arsenic Species by LCMS


Disclaimer: This publication was developed under Assistance Agreement No. X3-834888601-0 awarded by the U.S. Environmental Protection Agency. It has not been formally reviewed by EPA. The views expressed in this document are solely those of The NELAC Institute and EPA does not endorse any products or commercial services mentioned in this publication.