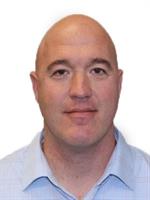 By the 1940s and 1950s, synthetic pesticides were starting to be developed and compounds that specifically targeted insects, disease and fungal pests were discovered. Organochlorine compounds were found to have activity across a broad spectrum of insects and diseases, so compounds such as dichlorodiphenyltrichloroethane (DDT), β-hexachlorocyclohexane (β-HCH) and Aldrin started being applied to farms and fields. The persistent nature of these compounds makes them great for long-term crop protection; however, it’s those same chemical properties that allow these compounds to accumulate in our environment – including our water sources. Sixty years after many of these pesticides have stopped being produced and used, we’re still able to detect quantifiable amounts of pesticide compounds.

Under the Safe Drinking Water Act (SDWA), the U.S. EPA regulates and monitors a number of contaminants in our drinking water supplies. There are several methods that address pesticides, each of which caters to the chemical and physical properties of the pesticides that are being extracted and quantified. Method 549.2 specifically addresses the extraction and quantification of diquat and paraquat, herbicide compounds that have been widely used around the globe and are known to be toxic to humans and animals.

Quantifying these analytes has proven to be non-trivial and laboratories following this method have been plagued with recovery challenges. Slight changes in sample processing can significantly reduce data quality – both from a recovery and a precision perspective. This work will present an automated extraction solution with optimized method conditions – including media support, media packing and solution flow rates – to recover paraquat and diquat from drinking water samples.