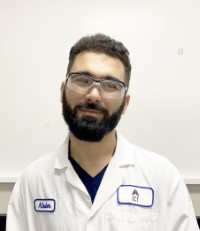 Per- and polyfluoroalkyl substances (PFAS’s) are a diverse group of synthetic organofluorine compounds that are widely used in industrial applications and consumer products. PFASs are persistent in the environment, are resistant to degradation, and are known to bioaccumulate in humans and wildlife. PFASs have historically been analyzed in drinking water according to EPA 537 (14 compounds) and 537.1 (18 compounds). An updated method, EPA 533, has been validated for the analysis of multiple short-chain PFAS’s, including telomers and precursor compounds, that cannot be measured by EPA 537.1. EPA 533 measures PFAS’s by isotope dilution anion-exchange solid-phase extraction (SPE) and liquid chromatography/tandem mass spectrometry (LC-MS/MS). In total, EPA 533 covers 25 PFAS’s. Furthermore, it includes the use of 16 isotopically labeled Isotope Dilution Standards and 3 Isotope Performance Standards to ensure optimum method performance. In light of the EPA’s recent announcement on the fifth Unregulated Contaminant Monitoring Rule (UCMR5), which includes 29 PFAS’s, the use of EPA 533 is set to become increasingly important to water testing labs.

This poster outlines the analysis of PFAS’s in drinking water according to EPA 533 utilizing UCT’s Enviro-Clean® polymeric weak-anion exchange (WAX) SPE cartridges. LC-MS/MS analysis was carried out using a Selectra® C18 HPLC analytical column, while a short (5cm) C18 delay column was used to reduce potential PFAS contamination from the HPLC system. The chromatography was optimized to obtain maximum resolution with minimum co-elution of isomers, including the critical linear and branched isomers of PFHxS and PFOS. For quantitation, a seven-point calibration (0.5-25 ng/mL) was performed, and all compounds were found to be linear with R2 values > 0.99. The extraction method was evaluated by spiking reagent water samples with PFAS’s at 10 and 80 ng/L. Recoveries of all analytes were within a range of 70-130% and RSD values <20%.