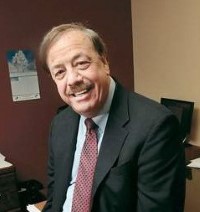 Dr. Leon F. Vinci, continues to be a world-leader in Public Health, Epidemiology, and Citizen Science, among other areas. Throughout his career he has led local and county public health departments across the nation and served on national and international committees and task forces, mainly which he led.

Dr. Vinci has also taught at several universities including Drexel University, Yale University, and the University of Nebraska, listing a few. Further he is widely published in professional journals, commentary, and other media, as well as having made numerous presentations at scientific conferences and meetings.

His Masters in Public Health is from the Yale School of Public Health, and his doctorate from the Medical University of South Carolina. Leon continues to chair several national committees among prestigious professional groups and is a Co-chair of this session--Citizen Science with the NEMC.