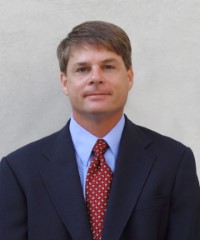 Dr. J Preston is a Principle Scientist in the Applications Laboratory at Phenomenex. He has a PhD in analytical chemistry from the University of Illinois at Urbana-Champaign.

Dr. Preston joined Phenomenex in January 2012 as a Senior Scientist and Group Leader in the Phenomenex Applications Lab. His primary role was the scientific leader for HPLC, UHPLC, SFC and Prep projects. In 2017, he became the Global Product Manager for Chiral, Prep, Bulk and Flash. In 2019, rejoined the Application Lab as the Manager of the department and in 2020 he became a Principle Scientist.

Prior to joining Phenomenex, Dr. Preston spent 15 years in the pharmaceutical industry. He has worked as an analytical chemist and prep chromatographer for Amgen, Pfizer, Pharmacia, Searle and Abbott.

His research interests are wide ranging but can be summed up as Separation Sciences. He has conducted research using electrophoresis, and GC but his real passion has always been for HPLC and SFC.