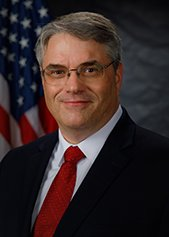 Dr. Chris Frey is the Deputy Assistant Administrator for Science Policy in the Office of Research and Development as an appointee of the Biden/Harris administration.

Prior to joining EPA, Dr. Frey was the Glenn E. and Phyllis J. Futrell Distinguished University Professor at North Carolina State University, where he served on the faculty since 1994. His research includes measurement and modeling of human exposure to air pollution, measurement and modeling of vehicle emissions, and applications of probabilistic and sensitivity analysis methods to emissions estimation, risk assessment, and technology assessment. Dr. Frey was an AAAS/EPA Environmental Science and Engineering Fellow in 1992. He served as exposure modeling advisor in ORD’s National Exposure Research Laboratory from 2006 to 2007. He was a member of the EPA FIFRA Scientific Advisory Panel (2004 to 2006), a member of the EPA Clean Air Scientific Advisory Committee (CASAC) (2008 to 2012), chair of CASAC (2012 to 2015), and a member of the EPA Science Advisory Board (2012 to 2018). He was a member of the CASAC Particulate Matter Review Panel that was dismissed in 2018: under his leadership, the panel reconvened as the Independent Particulate Matter Review Panel. He was President of the Society for Risk Analysis in 2006.